Download our app, get RMB100 bonus at your first use.

Scan to follow our Wechat, get RMB100 bonus immediately.

Main Products：Mine hoist, mine hoist and parts of machine.

The intruducation and application of the Hoist 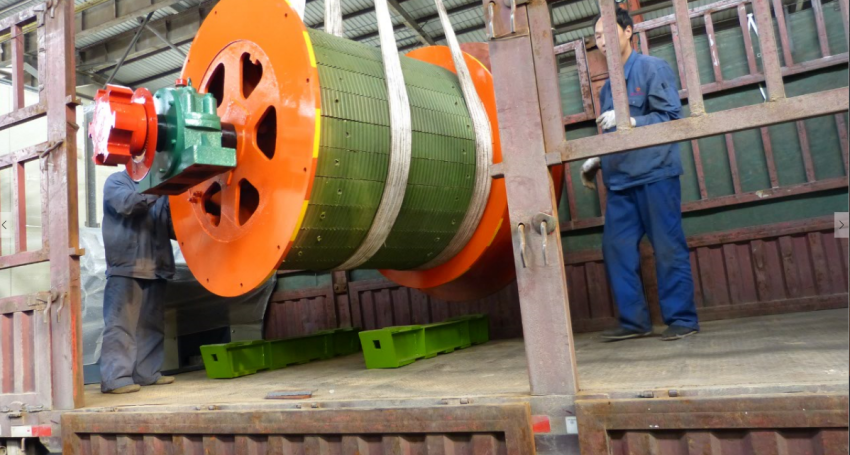 Hoist by definition means to haul or to raise an object to higher altitudes. Hoists are mechanical or electromechanical devices used to move an object from one point to another, which would be otherwise physically challenging. The object can be raised, lowered or moved depending on the necessity. The hoist work on the basic principle of balance of forces where an equal and opposite force is applied on the load force. The applied force can be reduced by using a pulley system.

The hoist technology is believed to originate from the lever system where a large force can be countered using small force by proper placement of the fulcrum. The block and tackle pulley invented by Archimedes allowed sailors to move heavy objects with ease that would otherwise be very difficult. This invention is considered as a precursor to the modern hoist technology.

The hoist can be further classified into drum, friction, and Blair multi-rope type.

Drum type: In Drum type hoisting devices, the lifting medium is continuously wrapped around a drum. Unlike the friction type where the load is directly hoisted from the top, in drum type hoist the pulling mechanism is connected to a drum, which is to the other side of load across the headframe and sheaves. The headframe and sheaves are required to center the hoisting medium in the shaft compartment. Drum hoists are the most common hoists used in North America, South Africa and South America. They also require the least amount of maintenance among all hoist types.

You can find more information about drum hoists at this link.

Blair multi-rope type: The Blair multi-rope hoist system is used for accessing much deeper mines and can be found in many of the world's deeper mines, such as in South Africa. One of the mines that uses this type is the Moab Khotsong Mine where it is used up to 3,150m. It has a capacity to access a depth of up to 5,000m.

In mines hoist are generally used in transportation to and from the underground mines. As very high power hoist controlled operation is required, generally electric hoist driven by frequency controller are used for precise movement of the hoist. The hoist can be either drum type or friction type. There are various arrangements for drum type hoists.

1. Single Drum Unbalanced hoisting: These types of hoists are generally used for single hoists. These hoists can be expensive if the hoists are to be used for greater depths as high torque motors and high tension lifting mediums will have to be used.

2. Single Drum Balanced hoisting: These hoists provide a cheaper option by reducing the need of high torque motors and high tension lifting mediums. In balanced hoisting, the hoisted load is balanced by counterweight. It is mostly used for single level hoisting.

3. Divided Single Drum: This can be used for multi-level hoisting with multiple hoists.

4. Split Differential Diameter Drum: Split differential diameter drums are used for reducing the problems of rope adjustment, which is often faced in the divided single drum. Here one drum with smaller diameter than the main drum is used to balance the hoist.

5. Double Drum, One Drum Clutched: This type of hoists helps in making quick adjustments to the lifting medium. These hoists can be efficiently used for multilevel operation.

6. Double Drum, One Drum Clutched: This type of has all the advantages of one drum clutched with an extra capability of having an uninterrupted hoisting even is the counter apartment is under repairs.

7. Multiple Drum, Blair Type: The conveyances are attached with two lifting medium instead of one which is coiled on a drum. The advantage of this type of hoist is that much thinner lifting medium and smaller drums can be used.

Share on
Next： Ball Mill Manufactured by Hebi Star